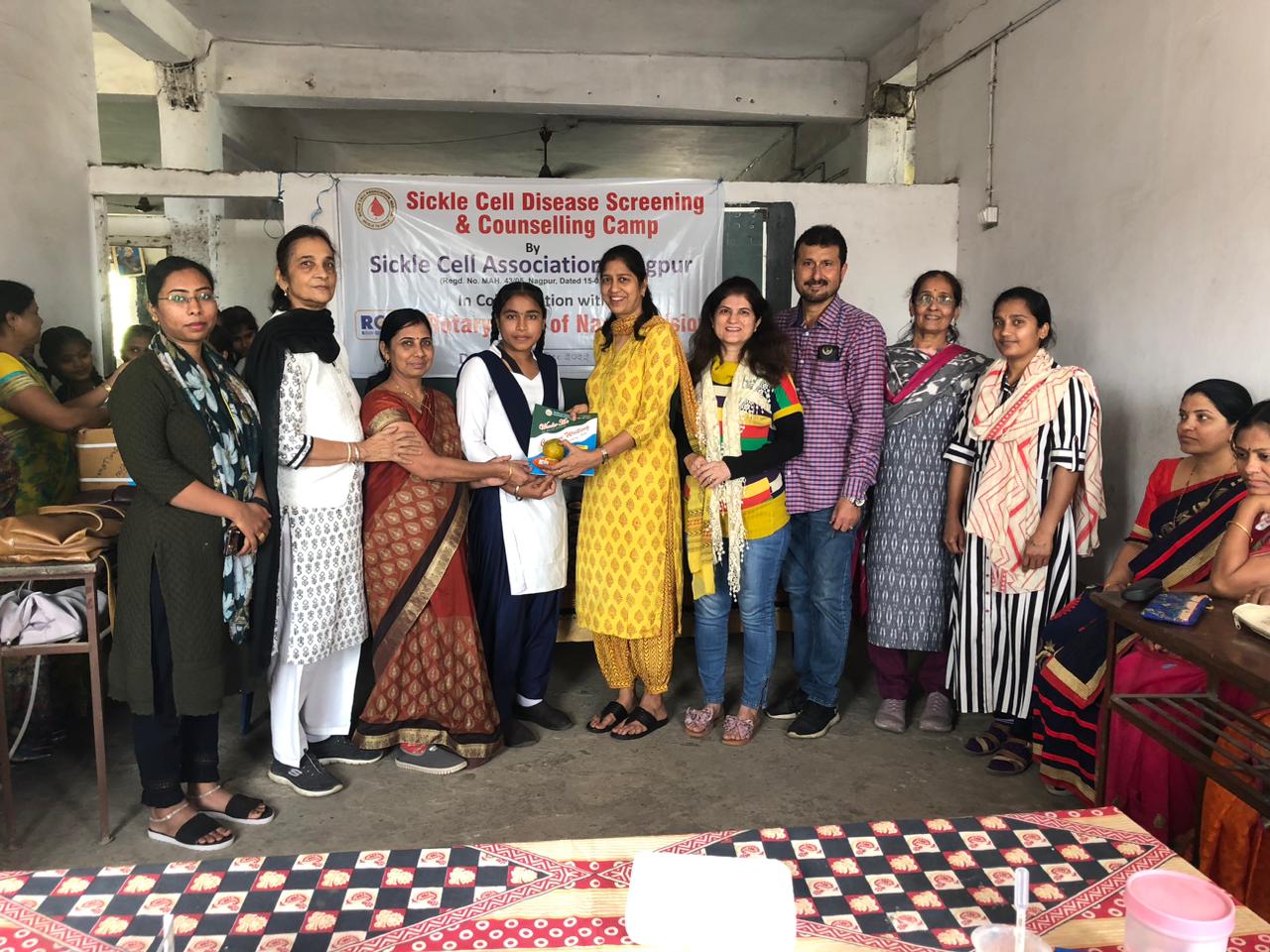 A series of sickle cell camps was held for 141 underprivileged children of Jai Bharat School Bhandewadi on December 13th, in collaboration with the Sickle Cell Disease Association and the Indian Journal of Pediatrics. Out of 192 screened children, 12 were identified as having positive sickle cell results.
President of sickle cell association Rtn Dr Anuradha Shrikhande and Rtn Vanita Shukul led this noble project. Hon. Secretary Ritika Singhvi was also present there. Dr. Anuradha educated the teachers about sickle cell disease and how to prevent it. Rtn Kamal and Rtn Jaishree sponsored oranges and handwriting books, which were distributed to children along with biscuits. A second camp will be held on December 15.