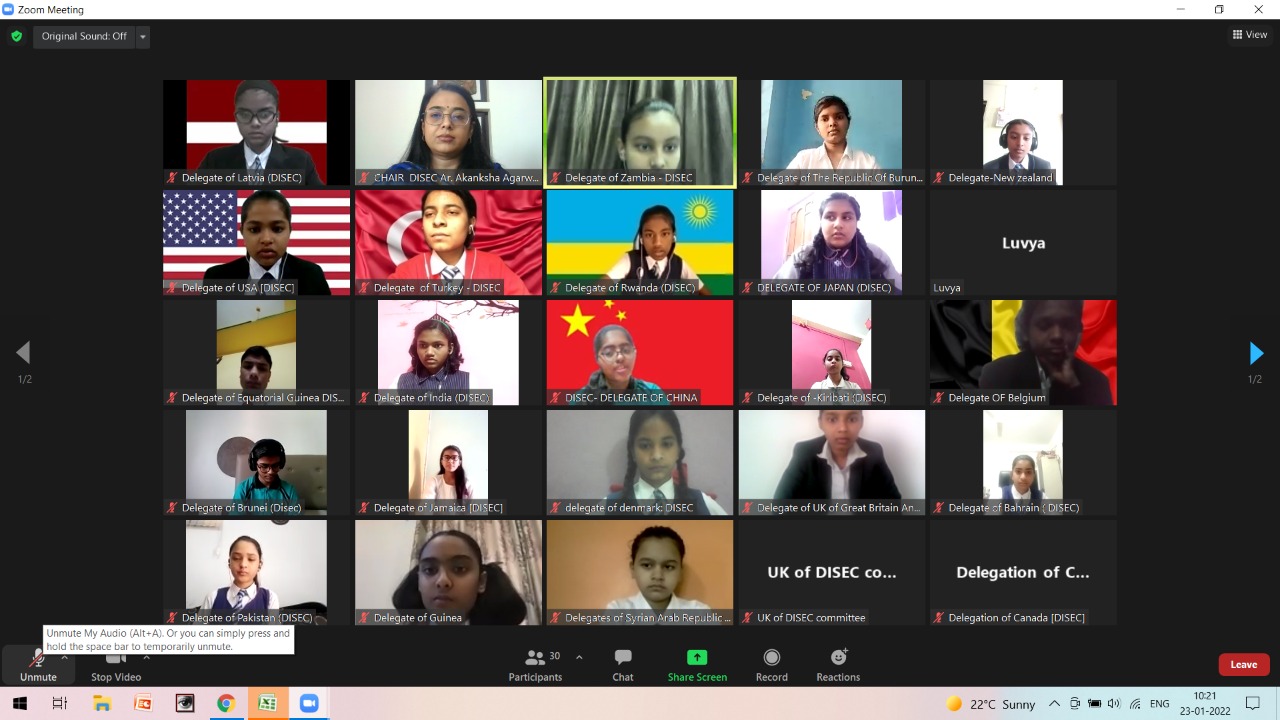 RCNV’s another flagship project MUNA for State Board schools was conducted successfully on 23rd January 2022 under the guidance of our august members Director Youth Rtn. Amit Chandak, Joint Secretary Rtn. Ritika Singhvi and PP Sohrab Kanga. The event was held online on zoom platform this year also due to the endemic that we all are facing. Though it was an online event but the enthusiasm of the participating students was overwhelming. Approximately 300 students from 12 state board schools of Nagpur participated in this event.
MUN or MUNA has always been the prerogative for CBSE school students but here through RCNV MUNA we provide the same platform to the state board students to benefit and learn more about the world and world affairs. Through this platform the students represent a country as it’s delegates which helps them to think and enhance more knowledge about the country. These delegates are provided a committee for example WHO (World Health Organization) and an agenda is provided for example – Equitable Vaccine Distribution – now these delegates discuss and debate on this agenda for 3 to 4 sessions and then a motion is made to pass the final resolution. Normally the Model United Nations Assembly is conducted in 2 full days but as we had to shift the event online we concluded it in a day. This year we had 6 committees and they were as follows- 1] United Nations Environment Programme (UNEP) and the agenda was Promoting the responsible disposal of electronic and hazardous waste. 2] United Nations Security Council (UNSC) and the agenda was Addressing the proliferation of armed militias in destabilized countries. 3] Commission on Status of women (CSW) and the agenda was Combating violence against women migrant workers. 4] Disarmament and International Security Committee (DISEC) and the agenda was The role of private military and security companies (PMSCs) in armed conflict. 5] United Nations Educational Scientific and Cultural Organization (UNESCO) and the agenda was Addressing gender disparities and promoting gender equality in education. 6] World Health Organization (WHO) and the agenda was Equitable vaccine distribution. We also provide them the option to choose their preferable language which makes it easier for them to converse and understand each other better. We had one separate committee for Marathi this year.
A cerebral event like MUNA requires a team of astute members and so we have- Master of the ceremony and Director General Rtn. Priyanka Gandhi, Secretary General Rt. Ann. Aditiraje Bhonsle Rt. Ann. Jigna Thakkar & Rt. Ann. Vinita Saraf, Chairpersons Rt. Ann. Archana Mullak & Rtn. Mohit Choudhary, Volunteers Rtn. Abhishek Ghatode, Rtn. Ritesh Amidwar , Rt. Ann. Shalini Naidu, Rt. Ann. Richa Chaudhary, Rt. Ann. Saryu Chandak, PP. Rtn. Manju Shahani, Rtn. Shivani Sule, Rt. Ann. Sakshi & Rt. Ann. Ummehani.
Each committee of MUNA was head by chairs and co-chairs who are proficient in their own fields and head the role of chair also proficiently. Chairs for each committee were – Ms. Medha Dixit and Master. Chaitanya for UNEP, Dr. Sharda Kosankar and Master. Dev for UNSECO, Ms. Manisha Agarwal and Miss. Yashna for CSW, Rtn. Nilanjan Bhowmick and Miss. Tanishtha for UNSC, Hon. Sec. Rtn. Jaishree Chabrani and Miss. Anushka for WHO & Rtn. Akanksha Agarwala and Master. Luvya for DISEC.
The inaugural ceremony of the event started by welcoming of chief guest, guest of honor and other dignitaries by the President Rtn. Vikram Naidu. The event was graced by Air Marshal M Baladitya AVSM VSM as chief guest and RI District 3030 District Governor Rtn. Ramesh Meher as guest of honor. Comparing of the event was done by very talented Rt. Ann. Sonal Singhvi. Rt. Ann. Priya Upganlawar welcomed and introduced the chairs, vote of thanks was delivered by Hon. Sec. Rtn. Jaishree Chabarani and Director youth Rtn. Amit Chandak declared MUNA open. The event had 4 sessions throughout the day and the closing ceremony began at 4 p.m. Master of the ceremony Rtn. Priyanka Gandhi welcomed all the guests and dignitaries along with teachers of respective schools. Rt. Ann. Shalini Naidu gave a brief introduction of our prolific co-chairs. Delegates, Chairs and teachers shared their experience with everyone and Prizes for each committee were announced by PDGs , PPs and President Rtn. Vikram Naidu. There were 4 prizes for each committee – Best Delegate, High Commendation, Special Mention and Verbal Mention. Participation certificate was provided to all the students that participated the event and special mention for the schools that participated. PDG. Rtn. Satish Sule announced the prizes for UNSC, PDG. Rtn. Vishwas Sahasrabhojanee announced for UNEP, PP. Rtn. DR. Manmohan Daga announced for WHO, PP. Rtn. Ganesh Joshi announced for CSW, PP. Rtn. Manju Shahani announced for DISEC and President Rtn. Vikram Naidu announced the results for UNESCO. The event ended with the final vote of thanks from Director Youth Rtn. Amit Chandak. 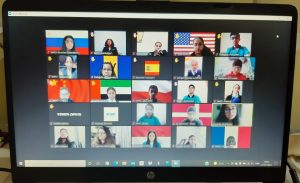 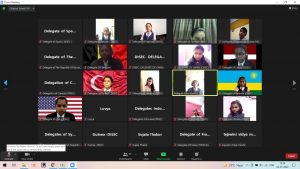 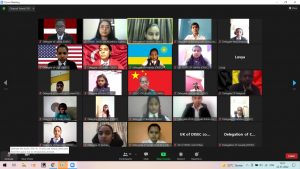 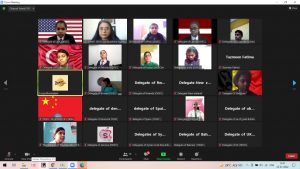